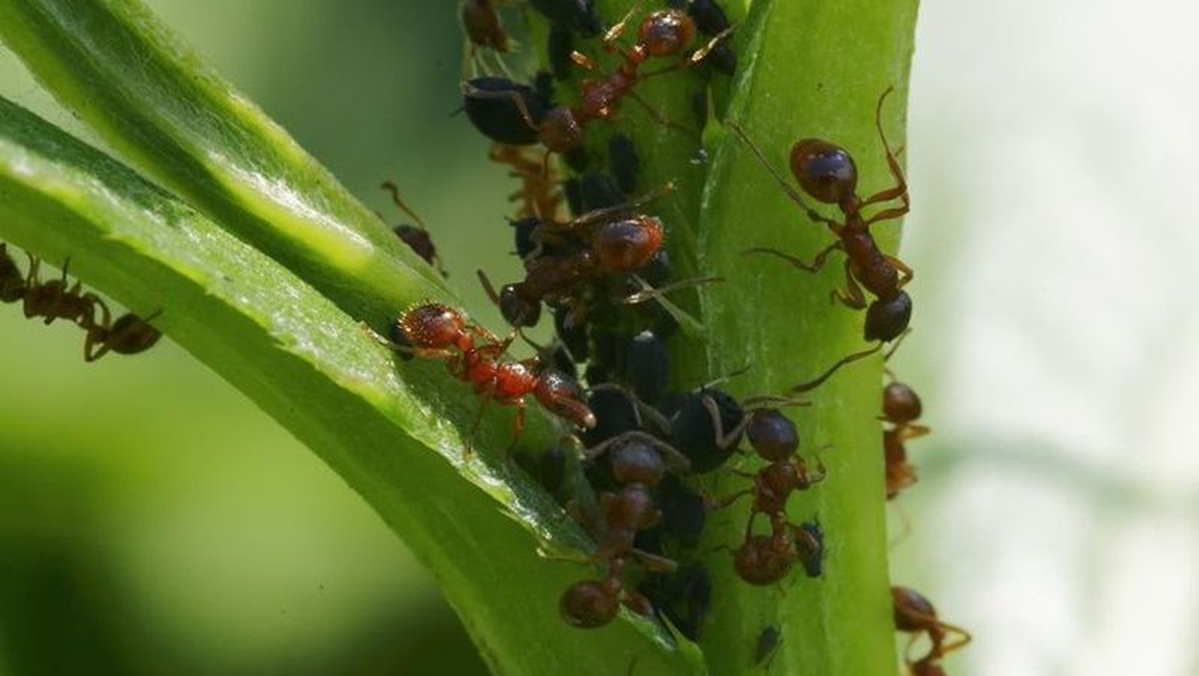 Ants can be beneficial in the garden by removing and consuming dead animals, moving organic material into the soil, pollinating flowers, creating tunnels and aerating the soil. However, some Ants are pests and can be a real nuisance in the home and garden, while others can be dangerous to humans and animals by delivering painful bites and stings.

How to Control Ants in the Lawn

For the control of Ants and various other common pests in the lawn, try Yates Baythroid Advanced Insect Killer for Lawns.

How to Control Ants Before They Enter the Home

To prevent Ants from entering the home, apply Yates Home Pest Long Term Barrier Spray to external surrounds of buildings, including window frames, air vents, and cracks and crevices where Ants may frequent or hide. Yates Home Pest Long Term Barrier Spray can also be used indoors. Spray surfaces including inside cupboards, door frames, window sills, skirting boards, behind sinks and other fixtures, and other surfaces where Ants may frequent.

To help control the Ants you can't see in and around the home, apply Yates Home Pest Ant & Nest Killer Gel Bait to nest entrances or along ant trails. The sugary bait attracts Ants, who take it back to their nest and transfer the bait to other workers, the queen and young, helping to completely eradicate the nest. Replacing the bait regularly will help, especially if Ant activity is high.

How to Prevent Ants in Pots

To prevent Ants from re-infesting pots, keep pots in a deep saucer of water sitting on a paver. The paver will stop the pot from sitting in the water and rotting the plant.

How to Prevent Ants Stealing Seed

To prevent Ants from stealing seed, ensure seeds are well covered by soil. Ants prefer drier soil, always keep the soil moderately moist where seeds have been sown, this will also help to promote faster germination. Seed germination is temperature dependent, ensure seed is planted at the optimal time of year to increase rate of germination and reduce the time seed is available to Ants.

How to Control Ants on Plants

To reduce Ant activity on and near your plants, eliminate the pests creating their food source. Yates Nature's Way Citrus & Ornamental Spray controls various pests, including sap-sucking and honeydew producing pests such as Aphids, Whitefly, Leafhopper, Scale and Mealybug, it also controls Ants and Sooty Mould. Yates Nature's Way Citrus & Ornamental Spray can be used on many types of edible and non-edible plants for a variety of pests, making it a highly versatile and broad-spectrum insecticide to use in the garden.

What are Ants, &
How to Get Rid of them

Adult Ants are small, long and thin insects ranging in size from 1 – 50 mm in length. Ants vary in colours of black, brown, yellow, and are sometimes metallic.

At the front of the head are a pair of powerful pincer jaws and a pair of bent antennae. Jaws are used for sawing, transporting materials and are also used in defence and attack. Ants have two, generally large, compound eyes on either side of the head and three smaller simple eyes in the middle of the forehead.

Along the knobbly mid-section (thorax) are three pairs of legs. Some reproductive individuals of a colony have two pairs of transparent wings. Winged Ants are often confused with winged termites, however, termites have straight antennae and a thick waist.

Ants have a constricted waist and a bulbous abdomen (hind body section). Some Ants have a stinger at the tip of their abdomen which may be used to spray or inject poisonous secretions.

Ants are aggressive and ferociously defend their territory by biting and stinging. Ants are strong communicators and talk to each other via chemical signals. Some species are active at night while others are active during the day.

Ants are social animals that develop into colonies made up of anatomically and functionally different individuals known as castes. Castes are categorised into “Queens” which are reproductive females; “Kings” which are reproductive males; and “Workers” and “Soliders”, both of which are non-reproductive/sterile females. There may be one or more Queens and many Kings in a colony, both whose prime function is to start a new colony and breed. Workers and Soldiers are the most easily seen castes. Workers are responsible for the collection of food, for building and maintaining the nest and caring for the eggs and pupae. Soldiers primarily protect the nest.

Ants develop through a life cycle of complete metamorphosis – egg to larva to pupa to adult Ant.

Eggs are small and ovoid.

Larvae are whitish grubs, narrower towards the head.

Pupae are similar to the adult, but soft, creamy-white and inactive.

Development from egg to adult may take 6 or more weeks. In many species, at certain times of year, large numbers of winged males and reproductive females are produced, swarm and mate. New colonies are formed by the fertilised females.

Depending on the Ant species, Ants may feed on other insects, insect residues such as honeydew, fungi, flower nectar, sweet sap from trees, seeds and human and pet foodstuffs.

Nests can be found under rocks, tree logs and other debris. Nests can also be also built aboveground and appear as mounds of soil and/or small stones, while others are hidden below ground. Nests can be built into an elaborate tunnel system made up of chambers for different housing purposes. Some ants produce silk and bind together leaves in trees to create “castles”. Ants also make their nests in the home. Nests can be found in indoor potted plants, wall cavities, roofing insulation, window frames and behind kitchen cabinets.

Insects, other Ants, Spiders, Snakes, Lizards, Birds and some Mammals. Short-Beaked Echidnas are Australia’s very own Ant and Termite eaters.

Dry looking and dead patches in lawns and mounds of soil on top of the lawn. Symptoms in plants include wilted and dry foliage, brown foliage and/or dead plants. This is caused by excessive tunnelling by Ants, increasing evaporative loss of water in the soil, causing lawns and plants to dry out.

Ants can be found in human and pet foodstuffs which can contaminate food. Some Ants may harbour plant and/or animal pathogens which may spread and transmit diseases.

Most damage to plants from Ants occurs indirectly. Ants form a symbiotic relationship with honeydew producing and plant-sap-sucking insects such as Aphid, Scale, Psyllid, Mealybug, Whitefly, and Leafhoppers.  Honeydew is farmed by the Ants and in exchange, pests are protected from predators. These pests feed on the sap of plants which can cause the new growth to wilt, plant health to deteriorate and in worse cases, result in plant death. Ants sometime physically carry these pests from one plant to another, further spreading the infestation. Sooty mould is a secondary disease caused by excess honeydew remaining on the leaf surface and is a good indication of this kind of pest attack.

Bites and stings are often accompanied by redness, swelling, itchiness, burning and pain. There are various remedies for Ant bites and stings such as washing the site of bite or sting, applying a cold pack and/or applying an anaesthetic spray. If symptoms do not improve or if allergic to Ants, seek urgent medical aid. What Plants are Impacted by Ants How to Prevent Ants Appearing

Scale Insects are common, sap-sucking pests found in gardens. Despite their small size and strange life cycles, they are easy to manage.

Cockroach Control in Your Home

The most effective way to control and kill Cockroaches is through Blitzem! Insect Killer.