Cut trees should be purchased as close to Christmas as feasible and should be as fresh as possible. The best way to do this is to visit a Christmas tree farm where you can select and (sometimes) even cut your own tree. Keep the cut base in water in a bucket, and top up the water as often as necessary. Spray the cut tree with Yates DroughtShield. This is an anti-transpirant that reduces water loss from leaves and has been found to keep the cut tree in good shape for considerably longer.

The most traditional of all potted Christmas trees is the European spruce (Picea abies). Hundreds of these are sold each year, only to languish and die in neglected back corners. Presumably anyone who buys a living tree is keen to keep it alive, so it’s best to put a bit of effort into post-Christmas care of a potted spruce.

If the spruce’s pot is relatively small (25cm or less) the plant should be re-potted into something larger. This will help it to survive through the rest of the long, hot summer. Use a quality potting mix such as Yates Blood & Bone and apply some Yates Waterwise Soil Wetter  to the mix after potting. Give the plant a settling in treat of Yates Dynamic Lifter Liquid and, a couple of weeks after potting. 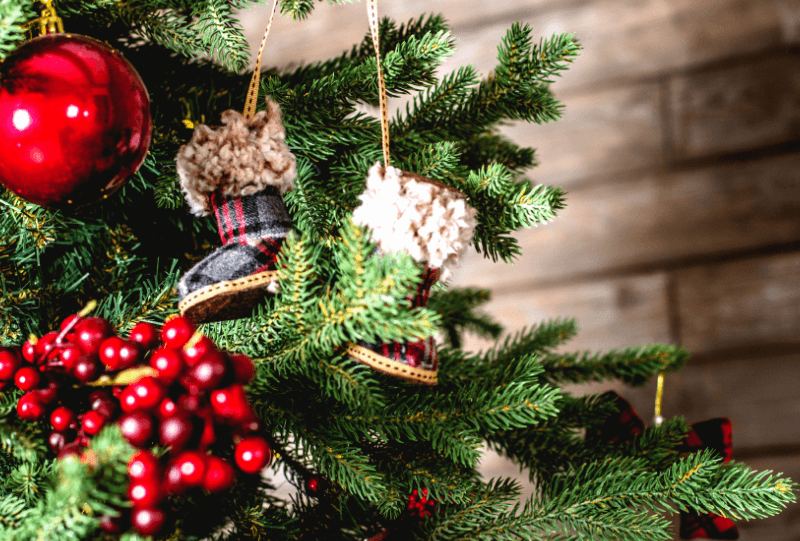 Spruces are cool climate plants so, in most areas, it will be best to keep the pot in a spot that receives morning sun and some protection from the hot afternoon sun. In autumn, move the pot into full sun for the cooler part of the year. Turn the pot regularly so that it receives even amounts of light. This will help prevent the plant developing bald patches.

Potted pines (Pinus radiata) are hardier but also faster growing. Generally they will have been trimmed through their growing period. A light pruning at least once a year will help to maintain their shape – but never cut back into bare branches. Conifers don’t generally re-shoot from bare wood.

Keep your potted Christmas tree well watered because, if conifers dry out, they seldom recover. Good drainage is important, though, so make sure the water can get away.

There are plenty of other clever ideas for Christmas trees. Lillipillies can be trimmed into a neat conical shape and certain lillipilly varieties feature fluffy flowers or colourful fruit as added decorative bonuses. Trimmed Geraldton wax and Norfolk Island pines are other suggestions. Creative choices are the order of the day!

When it’s time to bring the potted tree indoors, place it in a spot close to a window where it receives as much light as possible (although avoid sunlight through glass). Move the plant outdoors as soon as you can after Christmas and remember it will need some time to re-adjust to sunlight. Put it in full shade to start with and gradually move it back into a sunnier position. Merry Christmas!

Yates Dynamic Lifter Organic Plant Food Liquid is a natural fertiliser to gently feed all garden plants and improve soil all year round.

Yates Blood and Bone Based Fertiliser

An organic based fertiliser suitable for all garden plants, although we recommend limiting use on native plants.