Couch Grass produces a manicured lawn with fine leaf blades & a luscious green colour. It can however, be high maintenance & lacking in shade tolerance. Couch grass (known as Bermuda grass in the United States) is the finest and most drought tolerant of the warm-season grasses available in Australia.

It isn’t successful in cold climates such as the eastern highlands of New South Wales and colder parts of Victoria and Tasmania. It is an aggressive ‘running’ grass with strong stolons which form a dense mat of hard-wearing turf. It is heat-resistant and tolerates dry weather better than most grasses.

Couch grows on a wide range of soils but responds dramatically to nitrogen fertilisers applied during the growing season. We recommend the use of slow release fertilisers such as Yates Buffalo PRO. It needs full sunlight and will not grow in shade.

In cool or cold areas it will become dormant and brown off in winter. A couch lawn can be grown from seed, runners or turf. Sow seed in late spring or early summer (seed won’t germinate in cool temperatures) at 1 kg per 100 square metres.

Seedlings emerge in seven to twelve days in warm weather. Sprigs or runners of couch are planted at the same time, but couch turf can be laid in late winter or early spring.

Popular couch cultivars (such as Santa Ana, Wintergreen and Conquest) are only available from turf suppliers and must be reproduced vegetatively. They are not grown from seed. Couch seed can be hulled (outer husk removed) or unhulled (with outer husk intact). Hulled seed germinates more quickly. 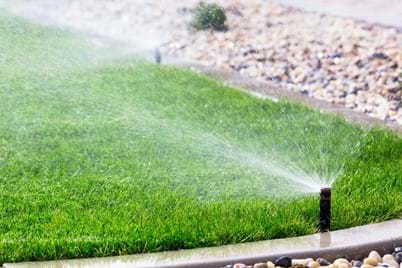