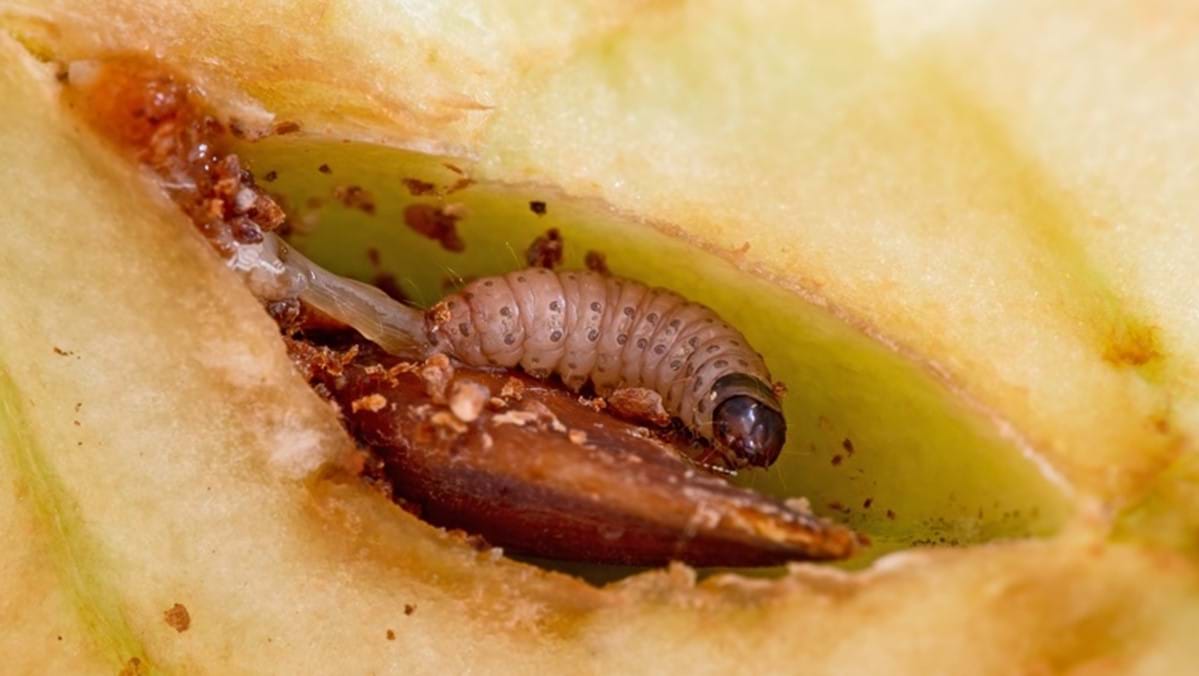 Codling Moth, Cydia pomonella, has been a fruit pest for a long time. Of Eurasian origin, it was introduced into Tasmania in the 1850’s and has since spread to all Apple growing areas of Australia. Codling Moth is a cosmopolitan insect that occurs in most countries where pome fruits are grown.

Holes in Apples and Pears plugged with Codling Moth larvae droppings (frass) is the outward sign of attack by Codling Moth. The situation inside the fruit is much worse, as larvae chew their way into the fruit core, where they may feed for several weeks. Codling Moth is a serious pest – their larvae can destroy an entire fruit crop if not controlled.

Codling Moth is a Caterpillar pest that is difficult to control. There is no quick fix, and none of the prevention and control methods described here should be relied on solely. A combination of methods is much more effective.

You could try Yates Success Ultra Insect Control or Yates Nature’s Way Caterpillar Killer Dipel, which are both registered against Codling Moth in home gardens. Spray when caterpillars or their damage first appears. It is important to spray both sides of all foliage. Repeat spray (at the intervals as recommended on the product label) to help control any newly hatched caterpillars.

You need to act quickly because once Codling Moth larvae bore into fruit, the sprays will not be effective.

Garden hygiene is very important in the management of Codling Moth. Any infested fruit that has fallen or is still on the tree, should be destroyed to break the life cycle of this pest.

Trapping is another important component of Codling Moth control. Commercial pheromone traps and home-made lure traps can significantly reduce the number of egg-laying moths fluttering around your trees. Cardboard bands around tree trunks can trap cocooning larvae for you to squash.

Exclusion bags around your fruit will prevent female Codling Moths laying eggs on the fruit. This method is only practical if you just have a few trees to protect.

One of your best weapons against a pest is knowledge about that pest - such as what we outline in the following sections. 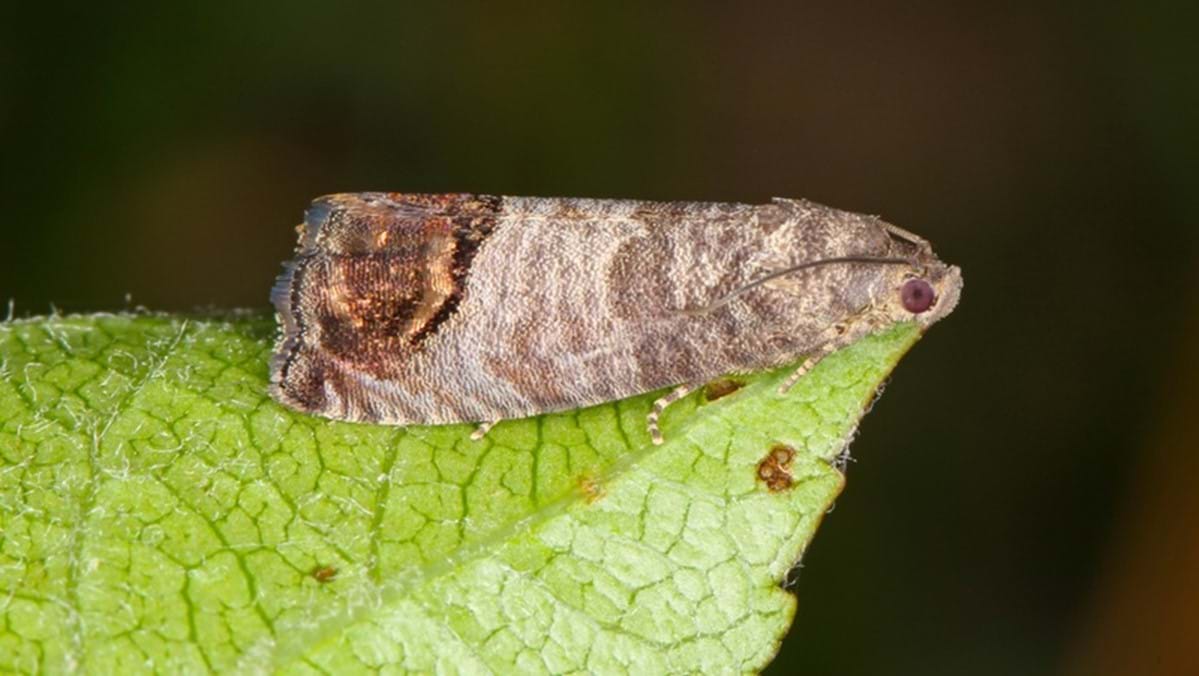 What are Codling Moths, &
How to Get Rid of Them

Codling Moth is believed to originate from Europe, and western and central Asia. Over the last couple of centuries it has spread to most areas of the world where pome fruit is grown. Its spread around the world has mostly been through the movement of infested fruit. It is a pest of quarantine concern in several countries and regions where it currently does not occur (e.g., Colombia, Japan, South Korea, and Taiwan).

Codling Moth adults are a nondescript greyish brown colour, except for an iridescent bronze patch near the tip of each forewing. They are about 10 mm to 12 mm long, and they have a wingspan of about 18 mm. Codling Moths rest with their wings folded in a roof or tent shape over their bodies.

A newly hatched Codling Moth larva is white with a black head and is only a millimetre or two long. Mature Codling Moth larvae are distinctly pinkish in colour with a brownish head, and they grow to about 18 mm long.

Codling Moth pupae are dark brown and shiny, and are covered by a tough, silken cocoon.

Eggs are usually laid singly on fruits, or on leaves and stems near developing fruits, around dusk. Hatching larvae initially feed on leaves and then burrow into fruit, where they go through five growth stages (instars) inside. Mature larvae chew an exit hole and crawl out at night to spin a cocoon under bark, in crevices on the tree or in dry ground under the tree.

Most of the cocooned larvae form a pupa, from which adult moths emerge about two weeks later around mid-summer to begin the 2nd generation. A small percentage of the cocooned larvae hibernate (technically known as diapause) until the following spring.  Eggs laid during summer from the 2nd generation develop through to fully grown larvae and they too mostly enter diapause until the following spring. As day-length during spring increases, those hibernating larvae pupate and then moths begin emerging a couple of weeks later. In some areas, some of the 2nd generation hibernating larvae may develop completely, and a 3rd generation of moths emerge to attack late fruit varieties.

What Plants are Impacted by Codling Moths How to Prevent Codling Moths Appearing

Native sap-sucking insect pests that damage the fruit of apple and Nashi pear trees, causing scarring and dimpling as they grow.

Fruit Fly Control in Your Garden

Fruit flies pierce the skin of ripening fruit then lay their eggs inside. From the eggs hatch maggots which feed on the flesh and spoil the fruit.

Slimy Pear and Cherry Slugs can seriously damage some fruit trees and related ornamental plants. Here’s how to control them the easy way.