Water has always featured in our Australian gardens with dams or small lakes on country properties providing water for stock, a source of irrigation for the land, and the garden. This water has also provided a habitat for wildlife, as well as to give reflective vistas in the landscape. In urban areas, smaller gardens have often incorporated fish or lily ponds but over the years these have lost popularity due to maintenance and safety considerations, and other sorts of water features such as fountains have become more prevalent.

With the increase of drought impacting a number of areas across Australia there has been a new interest in the use of succulents in the garden. Succulents are great low maintenance plants and interesting and creative effects can be created with colours and size varieties.

Large agave and aloe species were used as dramatic feature plants while smaller varieties such as sedums and echeveria provided ground cover. However, this trend has not been a widespread success. In areas where the climate has seen a return to more inclement periods, many of these species have suffered root rot and fungal leaf problems. In addition, hail damage can affect large fleshy leaf varieties which take some time to regain their original splendour.

Tropical gardens have been an ongoing trend of the last couple of decades. Emphasis on the shape, colour and texture of leaves has become important in garden design and has emerged as significant criteria when selecting species. Asian influences, such as Balinese pavilions used for outdoor entertaining and relaxation, have become very popular, along with other ornamentation such as rustic gates and oriental statuary. 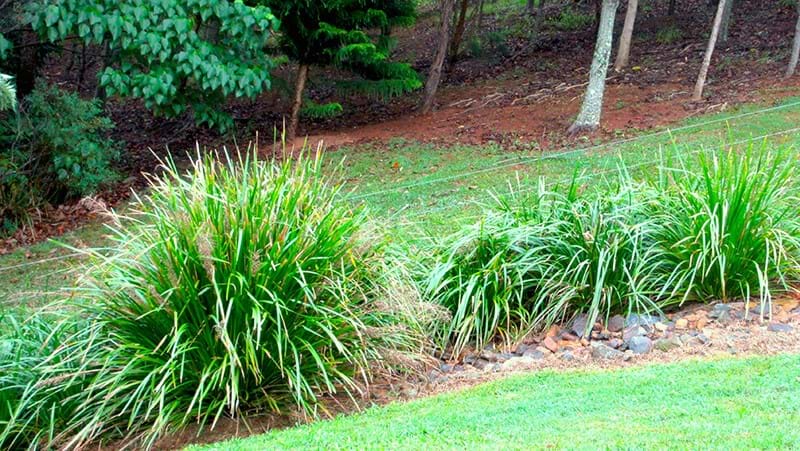 The growing of hardy grass species such as purple fountain grass and native lomandra and dianella varieties became invaluable where low-water-usage plantings were necessary in times of low rainfall. The popularity of these plants continues especially with the introduction of new varieties of the latter two species. The foliage of these grasses adds interesting texture to other garden plantings as well as requiring little water to survive.