Asplenium australasicum, commonly known as the ‘Bird’s nest fern’, is native to Australia’s east coast from Cape York in Queensland down to the south coast of New South Wales. The common name derives from its large, nest-shaped rosette of light-green, slightly leathery radiating fronds and its ability to grow on trees due to is shallow root system. In its natural habitat it’s found in moist and sheltered forests where it grows on trees or rocks but is happy to grow in urban settings in protected gardens and also indoors. Bird’s nest ferns have a striking upright vase shape which adds structural interest and with green fronds reaching up to 1.5 m long can create a wonderful garden focal point.

Suited to most climates

How to grow birds nest ferns in a garden 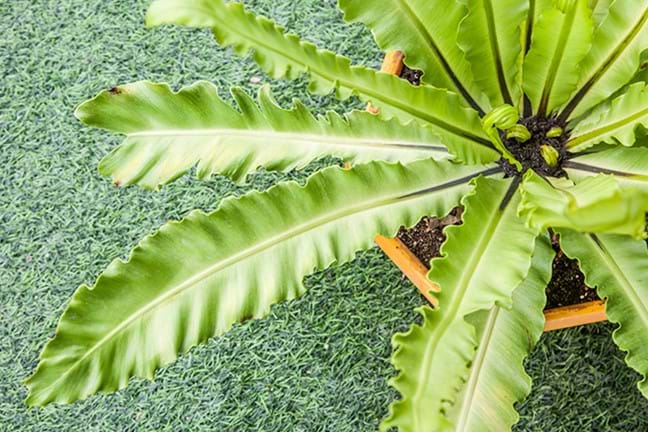 How to grow birds nest ferns in a pot