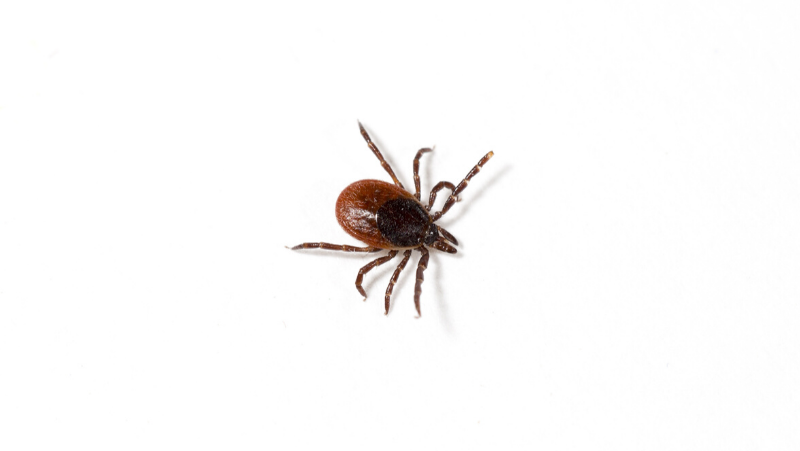 What are Ticks and How to Get Rid of them

Ticks are small parasitic animals which feed on the blood of animals and humans. In Australia, there are about 75 species of ticks, 16 of which are known to feed on humans. The most common tick known for feeding on humans is the Paralysis Tick (Ixodes holocyclus and I. cornuatus). Other common species include the Bush Tick (Haemaphysalis longicornis), Brown Dog Tick (Rhipicephalus sanguineus) and Cattle Tick (Boophilus microplus).

While being subject to a tick bite may be an uncomfortable and sometimes disturbing experience, in humans, ticks may also cause a myriad of symptoms and diseases such as rickettsia infections, Queensland tick typhus, Flinders Island and spotted fever. Pets are particularly vulnerable to ticks as they are more likely to be in environments where ticks are known to inhabit. Tick bites on pets may cause illness, disease, paralysis and even death.

Ticks can have severe consequences to human and animal health. To protect ourselves, children and pets, it’s important to control, prevent and monitor for ticks in the garden and in the home.

Depending on the age and species, ticks vary in size from less than 1mm and up to 5mm in length. Ticks come in a variety of colours, mostly in shades of browns, reds and yellow. After becoming engorged on blood, the rear section can change colour to white, grey or green-grey.

The body of the tick (idiosoma) is fused and compromises the head and thorax (prosoma); and the abdomen (opisthosoma). The body is shiny, flattened and round, similar to a fingernail. On the upper surface and front region of the body is a rounded plate (scutum) which may partially or completely cover the entire body region. On either side of the scutum are a pair of inconspicuous simple eyes.

Attached to the underside and front region of the body are 4 pairs of legs which are highly flexible and are often seen articulated inwards in the shape of a hook. The legs are often covered in spines to aid in holding on to the host. Ticks cannot jump, however are great at walking, climbing, grasping and falling.

Ticks do not have wings or antennae.

Once a tick has found a suitable feeding site on a host animal, the tick uses its chelicerae to saw the host’s skin, before it inserts the hypostome. During feeding, the hypostome sucks out blood and delivers saliva. Saliva may contain anti-coagulants, anti-inflammatory, neurotoxins (paralysis causing protein), ‘glue’ and various other chemicals. Because the hypostome is barbed and secretes a glue-like substance, the tick can feed without the need of hanging on, sometimes for up to two weeks. After engorging themselves on blood, ticks can increase in weight up to 120 times their original body weight. Ticks can survive for many months without food, while some species can survive for many years. Some ticks only feed 3-4 times in their lifetime. Adult male ticks do not feed directly on a host, rather they feed on the engorged body of an adult female.

On humans, ticks are commonly found in the navel/bellybutton, groin, scalp, in head and body hair, behind and in ears, behind the knee and in armpits. On pets, such as cats and dogs, ticks may be found under the collar, inside ears, along gum line and between toes. However, ticks can be found anywhere on the body of humans or pets.

Ticks are attracted to heat, moisture and various other chemicals.

After feeding and mating on a host, females fall off the host, lay eggs and subsequently die. One female can lay up to several thousand eggs at a time. Eggs are often laid in leaf litter; in the soil; and on areas of dense foliage such as long grass or bushy shrubs.

Some ticks require multiple hosts to move to the next stage of development, such as Bush and Paralysis Ticks (“3-host-ticks”), while others only require only one host (“1-host-tick”) such as Cattle Ticks.

Most of the tick lifecycle is spent in the immature stage and off the host. While not on a host, ticks can be found in areas that are moist and cool, as ticks are highly prone to drying out. Ticks generally live for 1-3 years, however, some species can live much longer.

Ticks feed on the blood of animals and humans.

Ticks prefer cool, moist and humid environments. Ticks are mostly active during the warmer months, however, can be found at anytime of year.

In outdoor areas, ticks can be found:

Indoors, ticks can be found:

Ticks can be found in seams, crevices and junctions of fabric items such as:

Once ticks have been identified and first aid administered, control juvenile ticks in spring by applying Blitzem! Ant, Flea & Tick Killer. Pour the easy-to-apply sand formulation to an entire area of soil and leaf litter where juvenile ticks are known to inhabit. Ticks may be reintroduced from surrounding areas by host animals. Reapply as necessary. Most of a tick’s life (>90%) is spent in these areas and as such, applying Blitzem! Ant, Flea & Tick Killer is a great way of protecting your family and pets from future bites.

Wash all infested items in the washing machine on hot. To dry, place item in the dryer for at least 30 minutes, or hang outside on a hot, dry and sunny day.

Tick infestation cannot be identified based on the symptoms of bites alone. Bites are nearly indistinguishable from other pest attack such as bed bugs, fleas, mosquitoes, spiders and and lice.

Symptoms of a tick bite in humans may include:

Symptoms of a tick bite in pets may include:

How to Prevent Ticks Appearing

Prevent ticks from entering the home:

How to protect you and your family from ticks:

How to protect your pets from ticks:

Reduce the environment favourable to ticks:

Maintain good hygiene in and around the home:

Easy to apply sand formulation which provides a barrier on outdoor surfaces, controlling ants before they get inside the house.