The spring frenzy of fresh new leaf growth and flowers can attract a multitude of sucking and chewing insect pests, that will enjoy feasting on your garden. 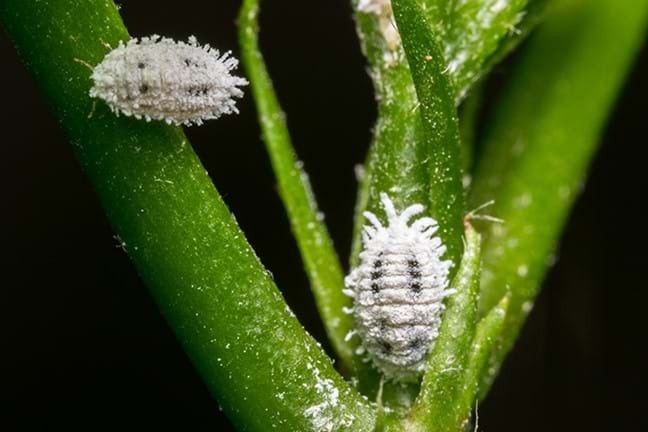 Insect pests such as aphids, mealybug, thrips and whiteflies feed on sweet and sugary plant sap. This not only depletes the plants of important nutrients, but can cause leaves to permanently discolour and distort and sap sucking insects can also transmit plant viruses. If that wasn’t enough, these insects excrete a substance called honeydew, which the disease sooty mould can then grow on. Sooty mould appears as a dark grey or black ash like covering over leaves and stems. Honeydew will also attract ants, which you can see travelling up and down plant stems.

Ornamental shrubs and trees like roses, hibiscus, camellias, azaleas, gardenias and fuchsias as well as annual flowers like petunias and marigolds can be susceptible to a range of damaging sucking and chewing insect pests.

Baythroid® Advanced Insect Killer for Gardens will control many of the most common garden insect pests on ornamental plants, including grasshoppers, aphids, mealybug, lacebug, caterpillars, garden weevils, thrips and whitefly. Spray foliage thoroughly when insect pests are seen, including underneath the leaves where insects often hide.

Bronze orange bug is back!

Bronze orange bug, sometimes referred to as a stink bug, is a common pest of citrus during spring on the east coast of Australia. It’s an insect pest that feeds on the sap from new leaves and fruit stalks, causing leaves to wilt and die and developing fruit to fall from the tree. The only spray registered in Australia for control of bronze orange bugs on edible citrus is Yates® Nature’s Way® Citrus & Ornamental Spray. Approved for use in organic gardens it’s based on natural pyrethrin and vegetable oil and is a very effective contact spray for bronze orange bugs. The dual setting trigger applicator on Yates Nature’s Way Citrus & Ornamental Spray allows a wide spray pattern as well as a thin stream, which is ideal for targeting individual bronze orange bugs. It’s important to achieve direct contact on the bugs themselves.

A word of caution with bronze orange bugs is that they can squirt out a nasty, foul smelling orange liquid which can damage your eyes and skin, so it’s best to wear eye protection and long sleeves when spraying for bronze orange bugs.

When sprayed regularly over young leaves, Yates Nature’s Way Citrus & Ornamental Spray will also help prevent citrus leaf miner damage (pictured below) and control destructive sap sucking aphids. It’s important to keep spraying for these two pests until the foliage has matured and is no longer vulnerable to attack. 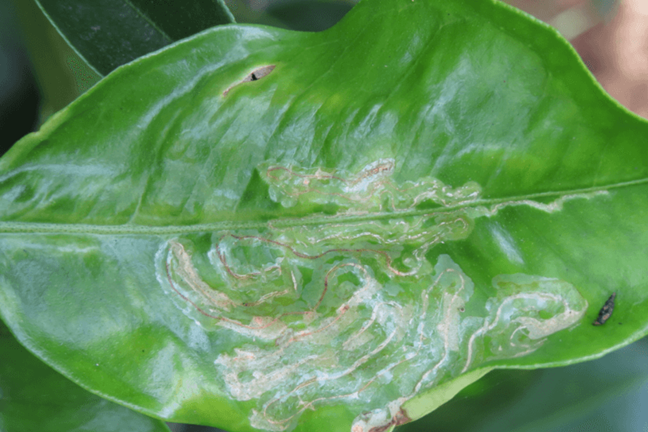 Read More From This Month 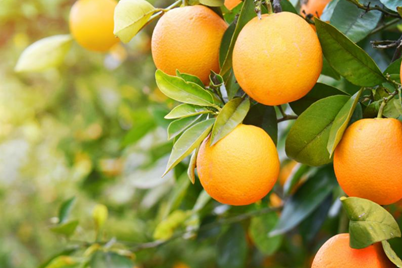 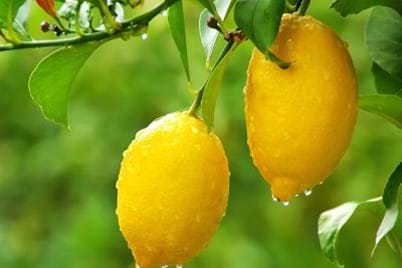