Yates Seeds: Are they GM? We often hear from gardeners wondering if our seed products are ‘GM’ (genetically modified). The short answer is they are not, but we understand that some uncertainty remains. So, we’d love to offer some clarity on this topic by explaining what GM means – at least in the seed business.

Being such a divisive topic, often involving some distrust, it is important that you gather information from independent sources, so that you can build a well-rounded perspective for yourself. Consider whether the groups or individuals you are seeking information from have any legal or professional obligation to 'back up' their claims with evidence or reasoning. Is there any real risk to them if they did get it wrong?

We stand by the information and resources supplied on our own website, but if you are ever in doubt, it makes sense to at least start your research with independent and refereed sources. It is a hot-topic these days, so sadly false and incomplete information is readily available, particularly online.

There are only a small number of GM crops available globally and they are not typically part of a seed range designed for home gardeners. Here is a quick explanation as to the three broad categories often referred to when talking seeds:

GM Seeds: are those that are produced from Genetically Modified plants that would not occur naturally or without intervention. As mentioned there are only a handful of 'GM' seed varieties in circulation around the world, these include GM varieties of alfalfa, canola, cotton, maize, papaya, soybean, sugar beets and summer squash. They are not designed, nor intended, for use in home garden situations, and are typically sold at a premium to farmers and commercial growers.

Hybrid Seeds: are produced by choosing a plant with particular features, such as higher vigour, yield and/or disease resistance and breeding or ‘crossing’ it (birds and the bees, as some would say) with another plant also displaying desirable characteristics. The result is commonly referred to as a first generation cross or ‘F1’ - hence you may see Hybrid seed variety names which include 'F1'.

Some gardeners may try to save this seed, hoping that sowing and growing them will also give them the same plant. However, they rarely remain 'true to type' in the following generations, as the genetic material they contain is randomly rearranged with each new generation, as part of natural sexual reproduction.

Open Pollinated (including ‘Heirloom’) Seeds: are typically of varieties which have proven to remain 'true to type' over many generations. This means that collecting seed and replanting in following seasons from these varieties should produce plants with mostly the same characteristics as the generations before. Some of these are called 'Heirloom' varieties, an heirloom being something that is passed down from generation to generation.

Yes, but are Yates seeds GM??

No, they aren’t. Our seed suppliers have advised us that all of the seeds used in our seed packets are produced via conventional methods and are not genetically modified.

If you do have any further questions or uncertainties, please contact us. Is Your Plant Looking Sad

Is Your Plant Looking Sad 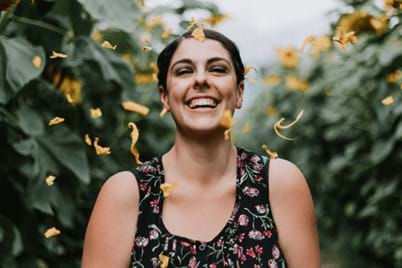 How to read a Pesticide Label

How to read a Pesticide Label Safety in the Garden

Safety in the Garden