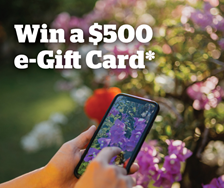 Wasp Control in Your Garden There are many species of Wasps in a range of sizes, colours and shapes. Some are beneficial in the garden and help control various plant pests. Others can be serious home pests and in large numbers, threaten native insects and spiders.

What are European & Paper Wasps
& How to Get Rid of Them

An introduced species and environmental pest. Workers are 12 – 15 mm long, queens and males are 20 mm long however both are rarely seen. European Wasps are very bright yellow and black. Along their abdomen is yellow and black banding with distinct black triangular markings at each band. At the head are a pair of black antennae, attached to their middle section (thorax) are 3 pairs of yellow legs and 2 pairs of transparent wings on their back. 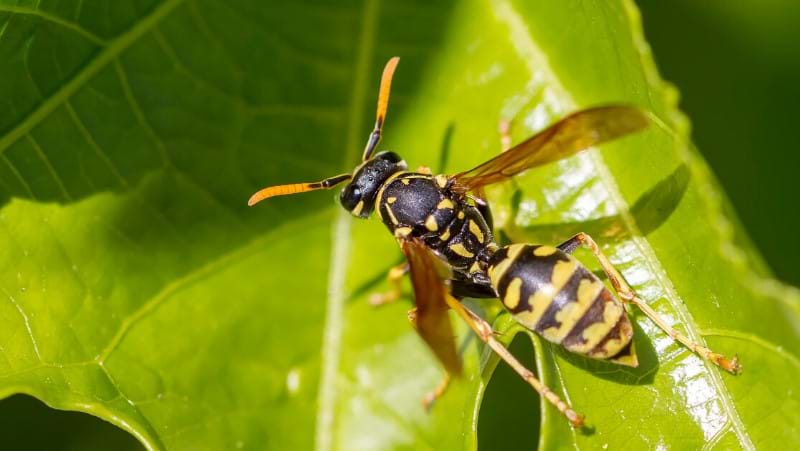 Wasps defend their nest aggressively, swarming out to attack if disturbed. Unlike bees that die after only one sting, Wasps can repeatedly sting and remain unaffected. Their sting is painful and inflammatory. Multiple stings, or a sting to the throat, can be dangerous. Some people are allergic to Wasp stings and may even be unaware of their allergy. Always use extreme caution near nests.

Most European Wasp nests are located underground, some build nests in rockeries, tree stumps, and man-made structures such as wall cavities and roof voids. Nests are round and are made of chewed wood fibre, giving the appearance of muddy paper-mache. Nests range in size from 15 centimetres in diameter and reach up to an enormous 5 metres. European Wasp nest populations may reach into the many thousands making it very important to control populations early-on in infestation to avoid populations from getting out of control. If a nest has reached an unmanageably large size, for your own safety, please contact your local council and ask for advice.

The Common Paper Wasp has a small, papery nest with a distinct honeycomb structure. Nests are made from a mixture of chewed wood fibre and saliva. Nests can reach up to 10 – 12 cm and can be found hanging from horizontal surfaces such as underneath window sills, eaves, awnings, fence capping and in shrubs and trees. Nest populations are generally between 12 and 20 Wasps.

European Wasps and Common Paper Wasps are active and feed during the day. At night, being social Wasps, they can be found congregated at their nest.

Common Paper Wasps, unlike the European Wasp, are not attracted to human foodstuffs.  Juveniles are fed on a diet of caterpillars and other insects, while adults primarily feed on nectar from flowers and are an important pollinator.

European Wasp colonies start in spring when a single mated Wasp queen constructs a small nest and lays her eggs. Eggs hatch into grub-like larvae, which develop into pupae. The queen tends the immature stages until they emerge as worker Wasps (sterile females) in late spring/early summer. The first batch of worker Wasps take over nest construction and rearing of larvae while the queen lays eggs. Over the summer, the nest grows in size and the population increases, reaching a peak in early autumn, when male Wasps (drones) and new queens are produced. The new drones and queens mate and fly off to start new nests, perpetuating the spread of this invasive species into new areas and the environment.

In it’s native habitat in Europe, European Wasps tend to decline and die out over winter. However, in Australia’s warm climate, nests may survive the winter and continue to develop over a number of seasons. This can result in giant nests of tens of thousands of Wasps.

The life cycle of the Common Paper Wasp is similar to that of the European Wasp, except that nests typically contain only 12 to 20 individuals.

While some Wasps are pests in and around the home and garden, there are many Wasps that are beneficial, including parasitoid and predatory Wasps.

A parasitoid Wasp is a female adult Wasp which lays an egg on, in or near a host such as a scales, caterpillars, whiteflies, mealybugs, flies, weevils, grasshoppers and other Wasps. The Wasp egg hatches into a grub-like larvae and feeds on it’s host, eventually killing it. Wasp eggs which are laid inside the host, at the end of feeding, pupating and exiting, leave behind a skeletonised host body, a common example is mummified aphids. A very gruesome process, but effective nonetheless.

A predatory Wasp is a Wasp which catches, kills and feeds on it’s prey, whether to feed on the prey itself or to feed the prey to it’s young. Wasps feed on other animals such as caterpillars, moths, soft scales, and spiders.

Wasps can also be pollinators as they feed on nectar from flowers. Pollinators are a real asset for fruiting plants in the garden and are essential for the environment.

What Plants are Impacted by
European & Paper Wasps

How to Prevent European Wasps Appearing

How to Prevent Wasps Appearing

Consider companion planting of Wasp deterring plants* such as:

*Please be mindful that effectiveness of planting may be limited and vary from species to species.

Ant Control in Your Home & Garden

The most effective way to control and kill Bed Bugs is through Blitzem! Insect Killer Concentrate.

Learn how to control Mosquitoes in your home and garden.

The most effective way to control and kill Ticks is through Blitzem! Ant, Flea & Tick Killer.