Possum Prevention in Your Home & Garden 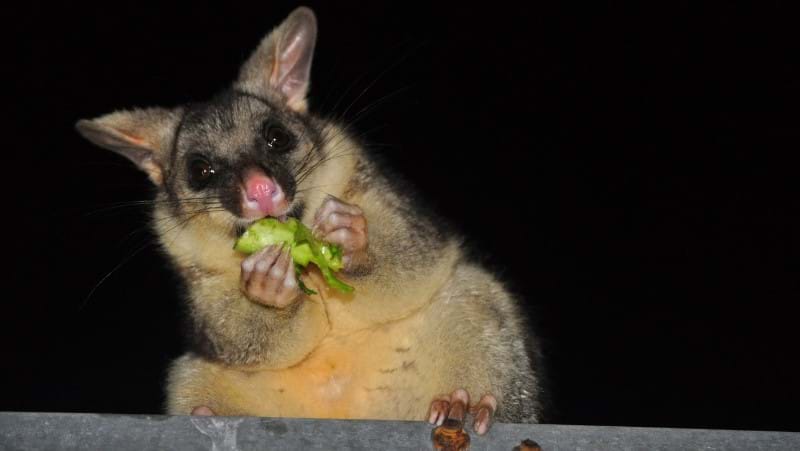 Possums are among Australia’s most recognisable native marsupial animals. The most familiar species that occur around dwellings, gardens and parks are Brushtail Possums and Ringtail Possums. The most widespread of these is the Brushtail Possum – which occurs across most of Australia as one subspecies or another.

Possums can be a bit of a nuisance when they run across roofs at night and can be destructive during their nightly raids on gardens. Brushtail Possums in particular may try to enter the roof voids of buildings and take up residence, sometimes causing damage there. The dilemma is how do we live with our nocturnal wildlife without harming them, but at the same time minimise the harm they may cause to our homes and gardens.

Possums are protected native animals. It is illegal to trap possums in any state of Australia unless you are licensed to do so. Even if possums are trapped legally, they must be released on the same property – yours not your neighbours. The prescribed release distance is usually a maximum of 50 metres, but this distance varies depending on which state you live in.

If a possum is moved too far from its territory it is likely to die. Possums are highly territorial. If a possum is moved from a roof void it won’t be long before the same possum or another possum takes up residence there. This is why prevention is the only way to go when dealing with possums.

Rather than removing possums we need to deter them from entering the roof voids of our houses and prevent them from damaging plants in our gardens. There are many practical things you can do around the house and garden (see Prevention) to prevent possum incursions.

Yates Possum Repellent Spray is a patented formula developed by scientists from Melbourne University. When sprayed on the foliage of susceptible plants it will deter possums from eating them. You may need to respray after rain. As always, follow label directions.

What are Possums &
How to Deter Them

Possums are nocturnal tree-dwelling marsupials that are found in most parts of Australia. The two most common species that may cause issues in and around home gardens are Common Ringtail Possum (Pseudocheirus peregrinus) and Common Brushtail Possum (Trichosurus vulpecular).

Ringtail Possums occur in all eastern states from Cape York to Tasmania. There is also an isolated population in the far south-west of Western Australia – opinions vary as to whether this western Ringtail Possum is a subspecies or a separate species. Ringtail Possums make spherical nests of shredded bark or grass either in a hollow limb, mistletoe, or in dense undergrowth. Ringtails are less likely to live in roof voids than Brushtails.

Ringtail Possums breed from April to November and usually have two offspring. Young possums leave the pouch when about four months old and are weaned at about six months of age. Juveniles either remain in the nest or are carried on their mother’s back when she leaves the nest to forage for food.

Brushtail possums usually breed in autumn but may breed a second time during spring. A single offspring is usually produced that spends 4 to 5 months in pouch, and another couple of months suckling and riding on its mother’s back before weaning. After this, the young possum leaves the mother to find its own territory. 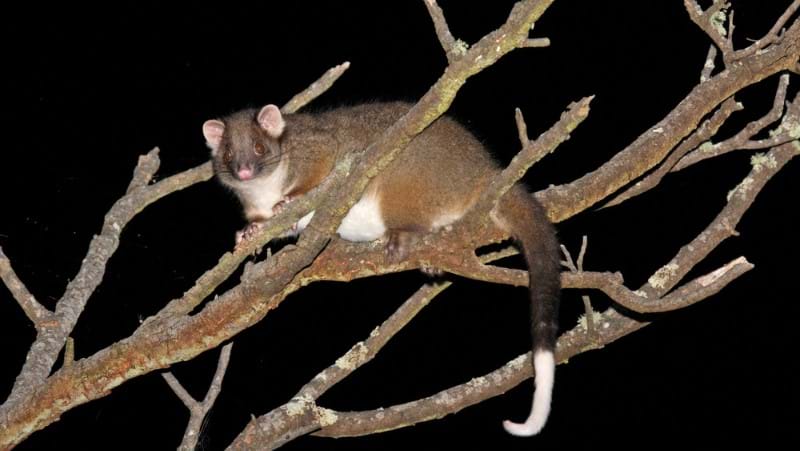 Image above: Common Ringtail Possum (Pseudocheirus peregrinus) perched on the branches of a dead tree.

What Plants are Impacted by Possums

The natural diet of possums is gumtree leaves, but they naturally supplement that diet with fruits, buds and grasses. In gardens they may eat the flowers, shoots and fruit of many native and exotic garden plants. Rosebuds are a favourite snack, and they can be devastating in vegetable and fruit gardens. Brushtail Possums may also rummage in compost bins.

How to Prevent Possums Appearing

Grasshoppers and locusts occasionally cause severe damage in gardens. Here are a few practical steps gardeners can take to prevent plants being damaged.