Borer Control in Your Garden 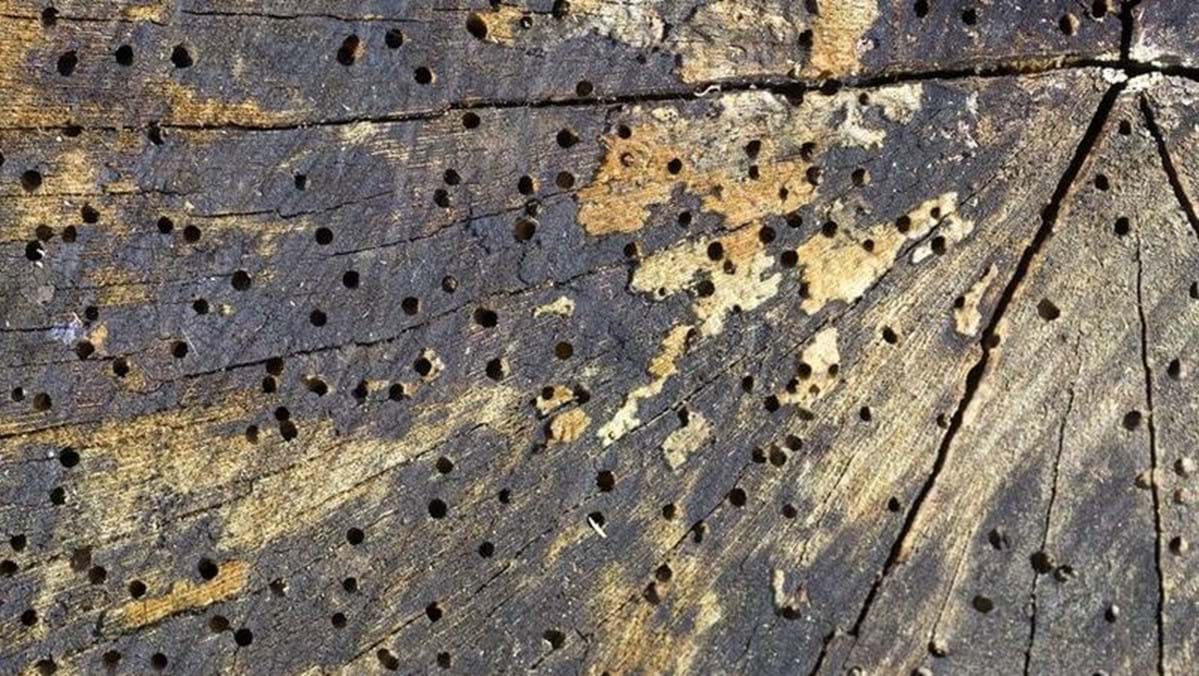 There are many insects that can be described as borers. The insects that bore into the seasoned timbers of furniture and houses are different species to those that bore into trees. The most common borer insects found in gardens are the larvae of Longicorn Beetles. Larvae of Jewel Beetles are also quite common in gardens.

Wood boring moth larvae may also be of concern in gardens, including the larvae of Wood Moths and the Fruit-Tree borer Maroga melanostigma. All these borer insects have something in common - most of their life cycles are completed out of sight inside their target plants.

The secret to pest control is to keep an eye on your plants, so that you can detect pest incursions early. Any control method you use is always going to be more effective if you detect pests early (i.e., when their numbers are low).

Keeping an eye on your plants is paramount with borers because by their very nature, borers are hidden inside the plants. You are most likely to see the tell-tale signs of borer activity (see Symptoms of Borer Activity below) before you see the insects themselves.

Some borers are more damaging than others so identifying them is very important. For example, Jewel Beetle larvae prefer to feed in weakened or damaged trees. In other words, if you find Jewel Beetle activity in one of your trees, that is a sign the tree may not have been in great shape in the first place.

Some plants are more susceptible to borer damage than others – wattles such as those in the ‘Black Wattle’ group are particularly susceptible. If borer damage occurs regularly in wattles in your garden perhaps you could try planting less susceptible species such as Cedar Wattle. You should also consider removing any infested wattles to break the life cycle of the borer insects and prevent a new generation emerging.

What are Borers &
How to Get Rid of Them

Longicorn Beetles (aka Longhorned Beetles) are members of family Cerambycidae. There are about 1,200 species native to Australia, and some species are common borers in home gardens. Longicorn Beetles are not necessarily pests. Most species attack weakened, dying or dead trees and as such are part of the decomposition cycle.

Jewel Beetles are members of the family Buprestidae and there are about 1,200 species native to Australia. Their bright colours make them the most recognisable of all beetles. Jewel Beetle larvae are wood borers, but once again most species are not pests as they tend to attack unhealthy trees.

Wood Moths (also known as Goat Moths) are members of the family Cossidae. There are about 200 species native to Australia, but only about half of them have been formally described. This moth family includes the Witchetty (‘Witjuti’) grub that is thought to be the larval form of moths in the genus Endoxyla.

There are more than 5,000 species of moths in the family Oecophoridae. The most common wood borer in this family encountered in gardens is the native Fruit-tree borer Maroga melanostigma, which is found in all states of Australia. Compared to other borer pests, the damage caused by this moth is minor.

Wood Moth larvae are usually very large from 50 mm to 150 mm long, and yellow, grey or pink in colour depending on the species. Larvae are mostly hairless with armoured thoracic segments and brown heads.

Fruit-tree Borer larvae are pale pinkish brown caterpillars with brown heads and they grow to about 50 mm long.

Adult Longicorn Beetles vary in size from a few millimetres to more than 80 mm in length, with conspicuously long antennae, which may exceed body length (hence, ‘longhorned’ or ‘longicorn’).

Adult Jewel Beetles are mostly brightly coloured metallic beetles from 2 mm to 60 mm long. They are elongated and flattened beetles with short antennae − unlike Longicorn Beetles that have very long antennae.

The adult Fruit-tree Borer moth is satiny-white and has a 30 mm to 50 mm wingspan. The upper surface of the abdomen is black with an orange-coloured fringe of hairs. There is a small black spot located near the centre of each white forewing.

Female Jewel Beetles usually lay their eggs in sick or stressed trees. Larvae hatch and tunnel in the cambium region, growing through several moults and chewing a maze of tunnels packed with sawdust and frass (droppings). Jewel Beetle larvae pupate in sapwood and later emerge as adult beetles. The life cycle may take anywhere from several months to several years depending on the species.

Female Wood Moths usually lay their eggs in crevices in the bark of various native plants. Larvae hatch and bore into the heartwood of large stems, trunks and/or roots depending on the moth species. Larvae may live in vertical tunnels for a couple of years, before chewing an exit hole in the trunk or roots depending on the moth species. Larvae pupate in their exit tunnels until moths emerge and fly off to begin a new generation. Emerging moths leave pupal cases clearly visible protruding from tree trunks or out of the ground depending on the species. The life cycle takes several years to complete.

Female Fruit-tree Borer moths lay their eggs on the bark of the host tree, often at branch junctions or in the forks of trees. Larvae burrow into the wood, sheltering in tunnels during the day and emerging at night to feed on the bark. Tunnel entrances are covered with frass, webbing and chewed bark. Larvae pupate in their tunnels and adult moths usually emerge in summer.

What Plants are Impacted by Borers How to Prevent Borers Appearing

Learn how to control Citrus Gall Wasp especially on lemon and orange trees in your garden.

Root Rots, Collar Rot and Damping-Off are diseases that attack the roots of plants and are usually the result of overwatering or poor draining soils.

Make sure black beetles don't take over your garden. Learn how to control them and other pests with the expert advice and guidance from the gardening team at Yates.