Get Rid Of Scale Organically

Scale are small sap sucking insects that are extremely varied in appearance. They can be brown, pink, white, grey, brown or black, flat or dome shaped and some are even a bit fuzzy. They can colonise plant stems and both upper and lower surfaces of foliage and deplete plants of valuable sugars and nutrients. 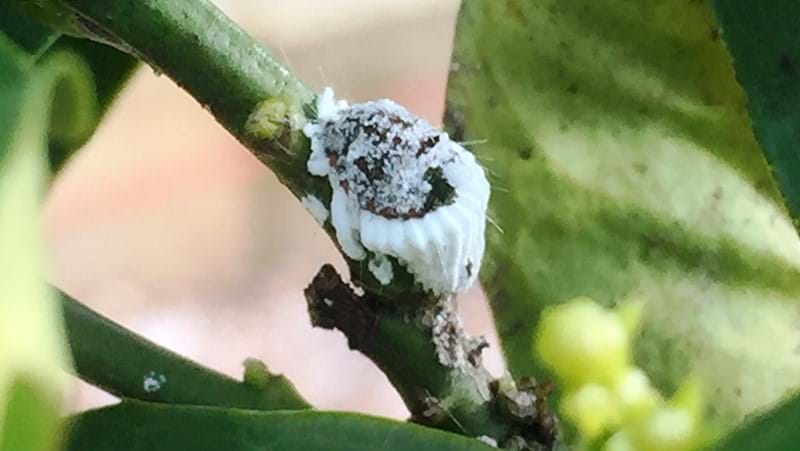 One type of scale, ‘cottony cushion scale’, are around half a centimetre long and adult females carry a distinctive white fluffy fluted egg sac, containing up to 1000 eggs. Adult cotton cushiony scale are normally immobile, settling on the trunk and larger stems. Juvenile cottony cushion scale (called crawlers) are red with brown legs and are mobile, moving around plant stems and leaves.

Cottony cushion scale are notorious for attacking citrus and the sweet sticky honeydew that they excrete can attract the sooty mould fungus, which appears like a grey film over foliage and stems. Scale infestations can also attract ants, which feed on the honeydew.

Organic gardeners can control cottony cushion scale with ready to use Yates® Nature’s Way® Citrus & Ornamental Spray. It’s an effective combination of natural pyrethrin and vegetable oil and is certified by Australian Certified Organic for use in organic gardening.

Spray over citrus foliage, including the undersides of leaves where scale often hide, stems and trunk as soon as scale are noticed and repeat every 5 – 14 days until scale are brought under control.